The scientific forum entitled “Forum on New International Research Facilities in South East Europe”, organized by the Ministry of Science of Montenegro in cooperation with the Abdus Salam – ICTP International Institute from Trieste, was officially opened today in Trieste. The participants were welcomed by Professor Herwig Schopper, creator of the Initiative and former Director-General of CERN.

– This is a special event and the Forum is the culmination of the tremendous effort we invested in 2017 in both, political and scientific terms. We have launched a large scientific-technological project that will bring benefits to the region and finally make it competitive with the rest of Europe, said Minister of Science Dr. Sanja Damjanović addressing the journalists in Trieste.

The goal is, the Minister emphasized, to implement two major projects (4th generation Synchrotron Radiation Light Source and Facility for Tumour Hadron Therapy and Biomedical Research with Protons and Heavy Ions), which are different but complementary at the same time, having a tendency to completely transform the region. On this path, we expect, first and foremost, the support of the European Commission.

– We all know that the region needs economic assistance for stabilization and are aware that the region is now in the political focus of the European Union. This is a European project and for this reason the possibility for the largest part of funding to come from different EU funds seems realistic. We expect the European Commission to provide us with guidance and instructions on which way to choose and how to apply for donations, because it will soon be necessary to prepare the final concepts for both options of the Institute, added Minister Damjanović.

The first benefits will include education and training of personnel, i.e. future project proponents, which was promised by the International Atomic Energy Agency. Also, the next step is to prepare the application for the EU’s Marie Curie programme, which will include scientists from the region and provide them with training in renowned scientific institutions around the world.

Research is, according to him, a powerful tool for science and excellence and the only way to create a new generation of young researchers.

IAEA has over 100 support programmes in the form of scholarships, trainings and equipment. We must, said Mr. Krause, create young professionals before the establishment of the Institute.

– The Agency gives young people the opportunity. We want to create a bridge between the countries having technology and expertise and those who want to get there, Director Krause said.

The project must be sustainable, financially viable, and for this, the Forum participants have agreed, political will must exist.

David Lee, Secretary General of the European Physical Society, told the Forum participants that EPS was proud to participate in the event and that the project of establishing an international institute for sustainable technologies in South East Europe reflected the mission of their society – that only science can be the driver of development and social progress.

During the official presentation, Minister Damjanovićfamiliarized the participants with the Initiative, as well as with the results achieved in the political and scientific field. In addition, she announced that the Forum would be followed by the first meeting of the Steering Committee of the International Institute, which would monitor the future activities and steps necessary for the implementation of the project.

Dr. Ivo Šlaus, Honorary President of the World Academy of Art and Science, addressed the Forum participants by saying that he was pleased to be able to convey the message that knowledge was the most democratic activity we had, but that, no matter how important scientific discoveries were, the political dimension and political will to promote those discoveries further was of utmost importance.

Forum participants had the opportunity to hear more about SESAME, a similar programme existing in Jordan, which was opened in May 2017, bringing together nine Middle Eastern countries. The project was presented by Yasser Khalil, Administrative Director of SESAME.

SESAME project managed to create a bridge between cultures and prevent talent brain-drain, which is one of the missions of the Initiative for the establishment of an international institute in South East Europe, said Khalil, adding that international cooperation was especially important in the context of countries with small scientific communities, which have limited budgets.

Director of the Institute of Physics Belgrade Aleksandar Bogojević used the opportunity to present the Verrocchio Center, opened in the Republic of Serbia in 2017, expressing readiness for cooperation on the project of the International institute for sustainable technologies.

Director of the ICTP Institute Fernando Quevedo thanked Minister Damjanović and Professor Herwig Schopper for organizing the Forum at the ICTP Institute, which gladly took part in the process, as well as for bringing over 100 participants, representative of the European Commission, prestigious scientific institutions, scientific and business community to Trieste.

At the Forum, the basic concepts for both options of the International Institute have been presented for the first time. It is taking place at the “Abdus Salam” Institute in Trieste on 25 and 26 January and is supported by UNESCO, the International Atomic Energy Agency (IAEA), the European Physical Society and the Trieste International Foundation for Progress and Freedom (FIT). 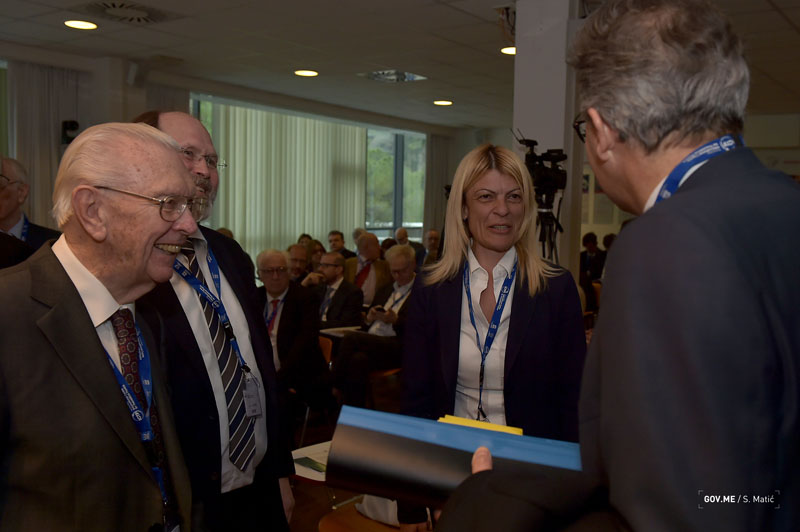 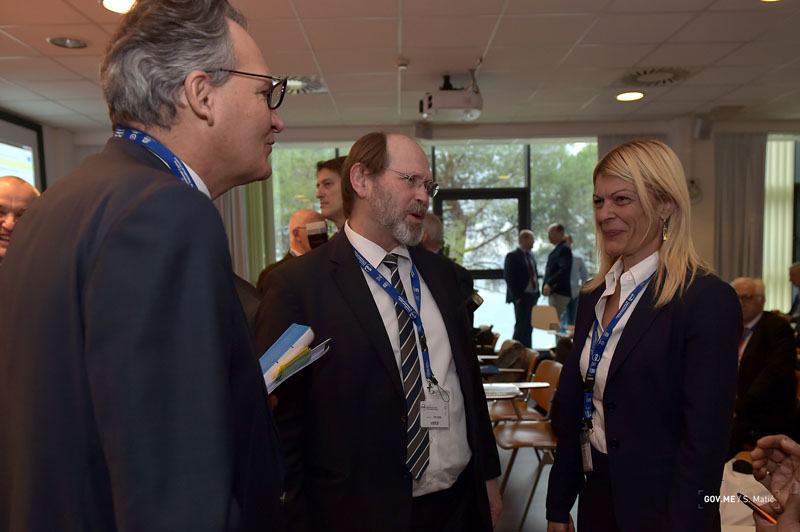 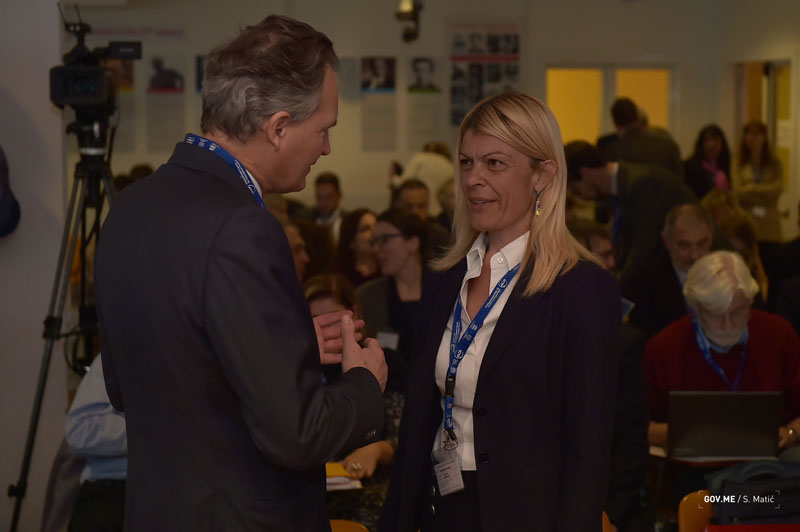 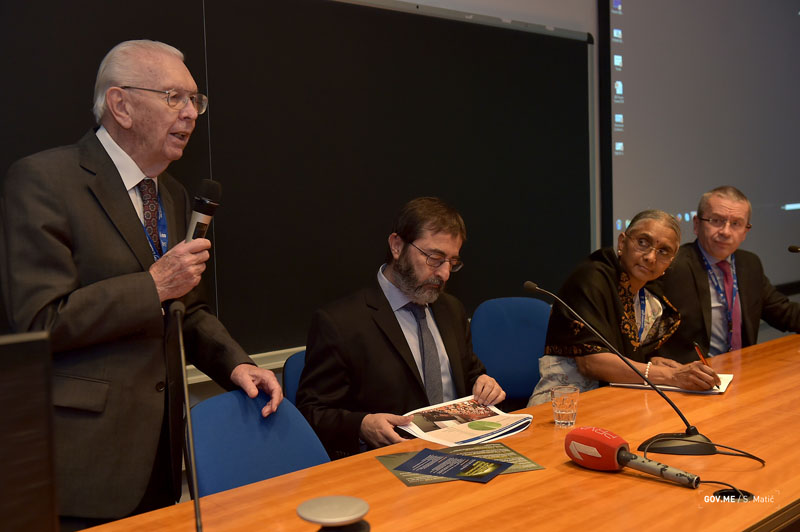 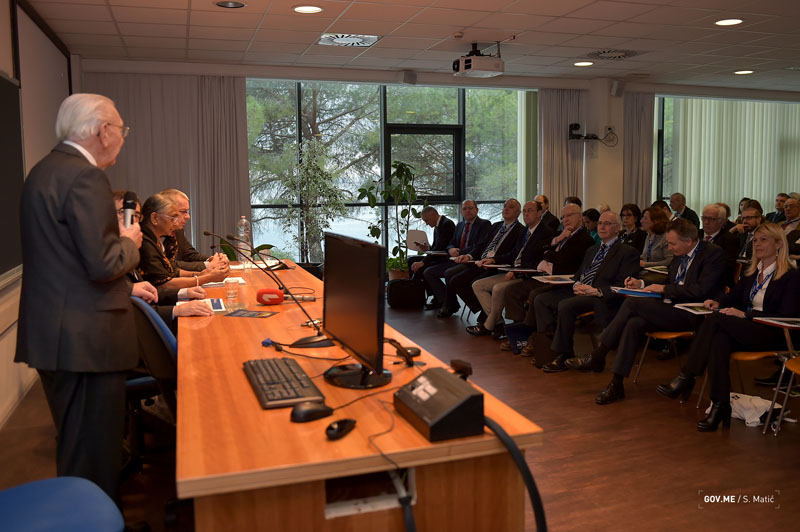 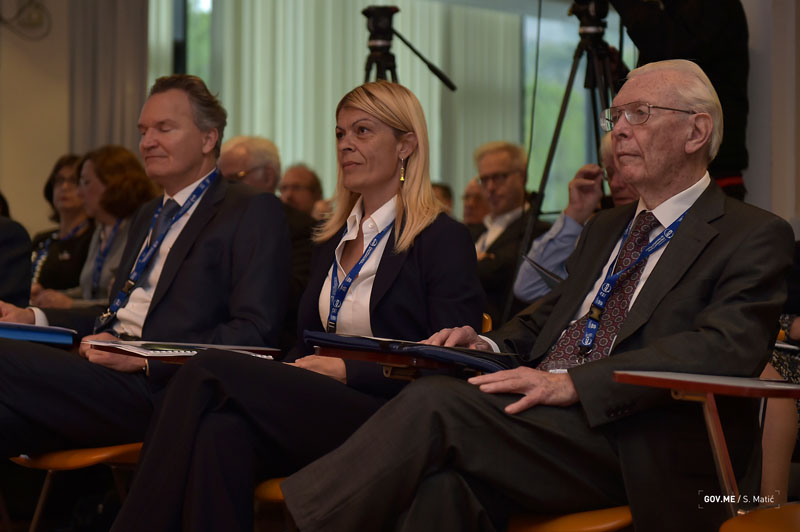 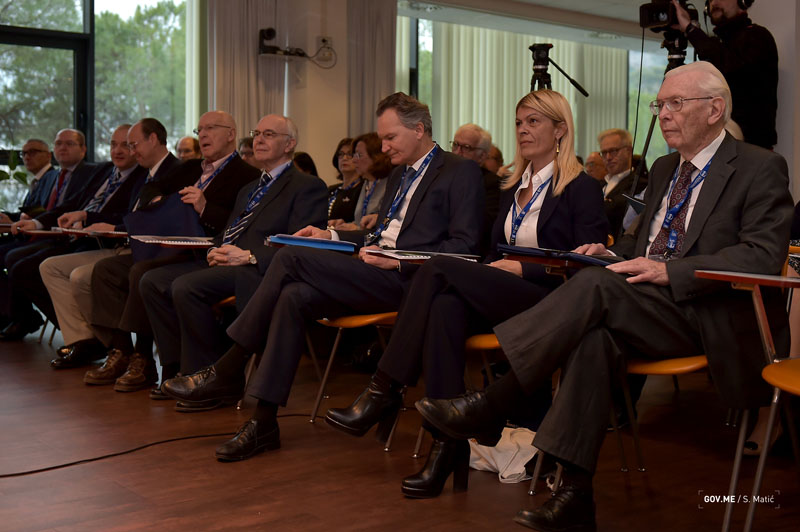 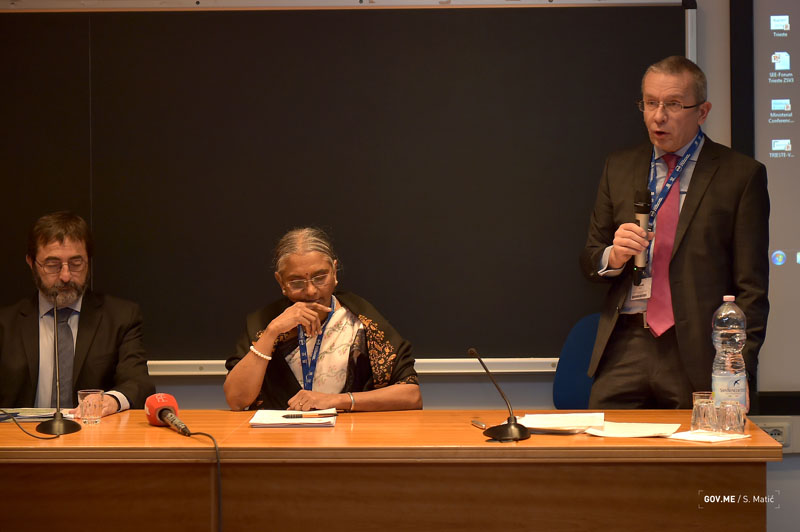 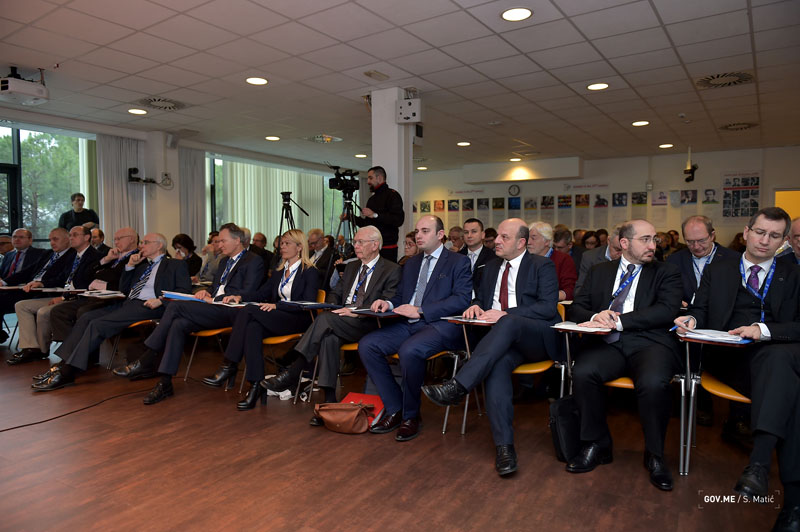 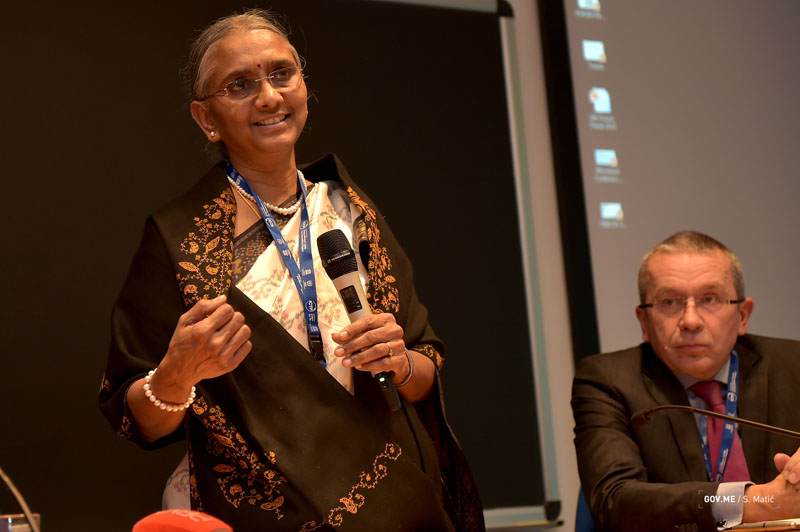 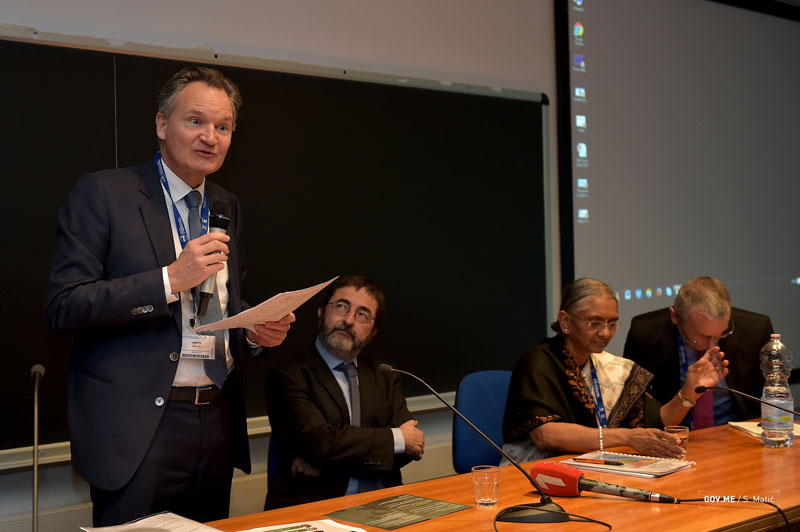 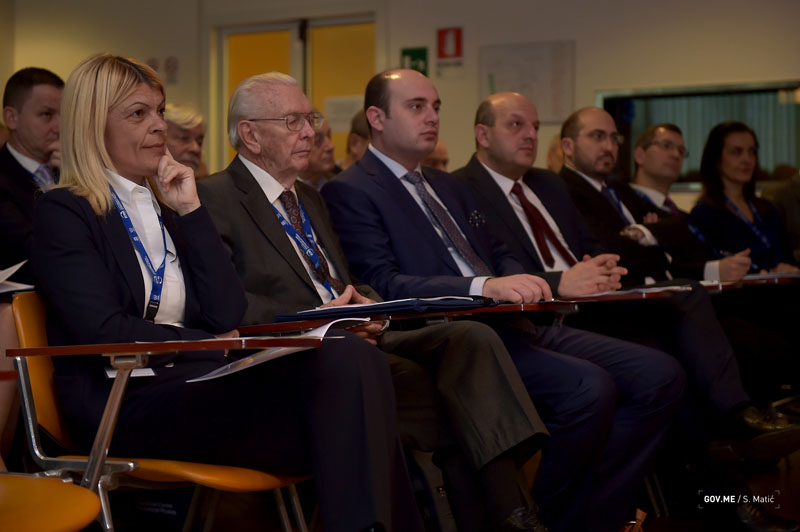 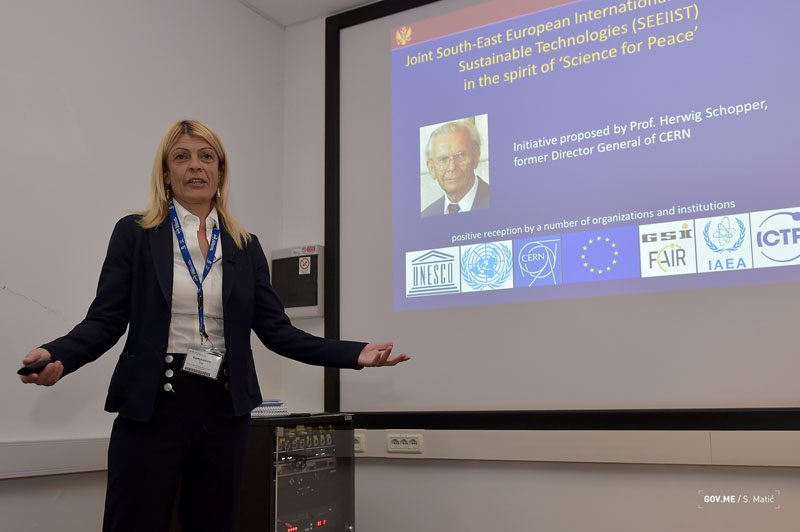 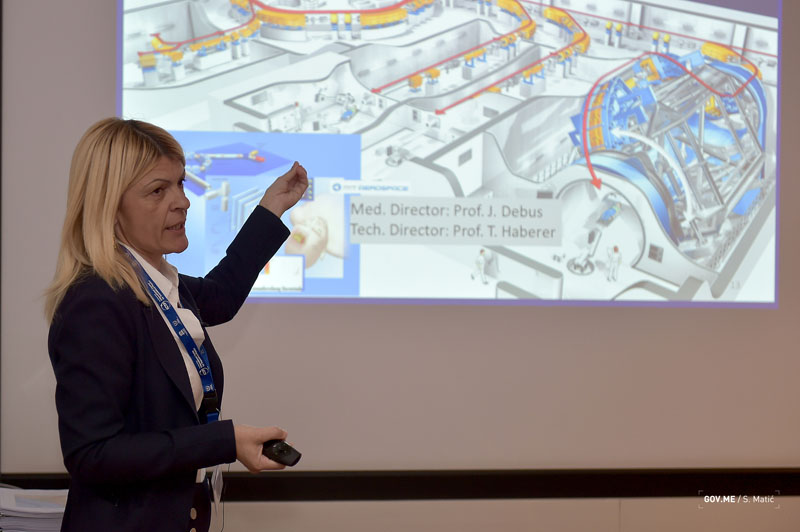 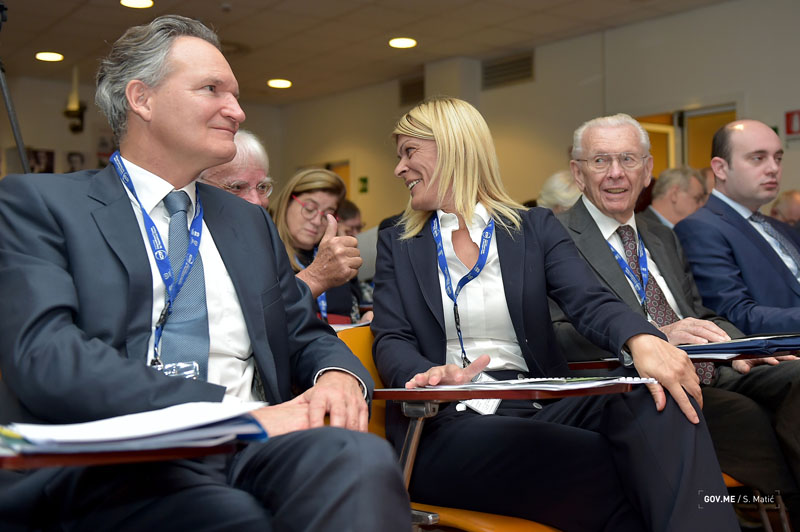