THE 14th MEETING OF THE SEEIIST STEERING COMMITTEE HELD ON 4 APRIL 2022 IN THESSALONIKI, GREECE

The 14th meeting of the SEEIIST Intergovernmental Steering Committee (SC) was held on April 4, 2022 in Thessaloniki, Greece. The welcome address was given by representatives of Greece and SEEIIST Steering committee, Mr. Anastasios Tzikas, President of Technopolis and of the board at Thessaloniki International fair – HELEXPO S.A., Prof. Leandar Litov, Chair of the SEEIIST SC, Mr. Apostolos Tzitzikostas, Governor of the region of Central Macedonia, Mr. Christos Dimas, Deputy Minister for Research and Technology, Ms. Maria Antoniou, Head of the Prime Minister Office in Thessaloniki and Prof. Emmanuel Tsesmelis, Principal Physicist, Head of Relations with Associate Members and Non-Member States at CERN. 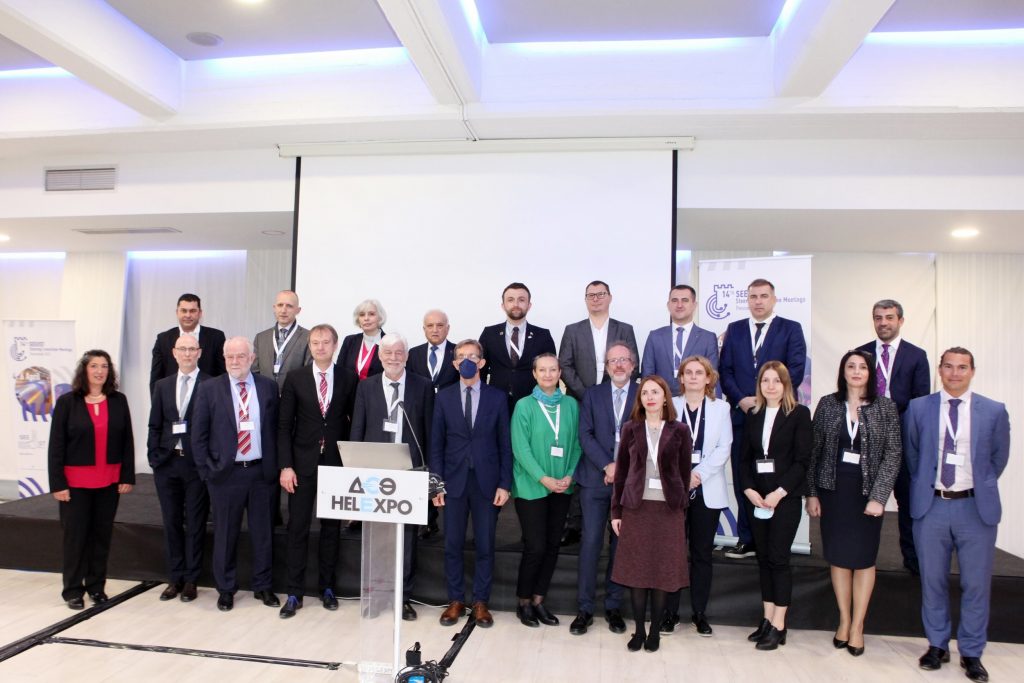 Several important points were discussed during the 3-day meeting. Prof. Litov presented the SEEIIST General Work Plan for the period 2022-2030. Further plans and important next steps for the development of the project were approved by the Steering Committee.

The reports of the Working Groups on Site Selection (WGSS) and the Legal Framework Working Group (WGLF) were presented to the members of the Steering Committee. Important decisions have been taken and tasks have been assigned to the different members of the working groups. Furthermore, the Steering Committee has established a working group for financial sustainability that will plan and coordinate the funding of the project (WGFS).

The Steering Committee agreed that, in addition to the political support, the project should be supported financially on an annual basis through financing of the SEEIIST Association by the SEEIIST member states.

Major SEEIIST milestones – The first patient will be treated in 2030